The cover of Witch Hats’ third album Deliverance is an 1861 sketch by Ludwig Becker, the German artist and explorer who died as a member of Burke and Wills’ ill-fated expedition from Melbourne to the Gulf of Carpentaria. Titled “Border Of Mud Desert” and drawn in the last weeks of the artist’s life, it’s a desolate, despairing image, catching a blinding reflection of light across a dead, treeless plain.

It’s a suitable accompaniment for the music. There’s a wildness and a barely contained sense of desperation across Deliverance, and also something defiantly Australian – although that’s probably just the phlegmy sneer of singer/songwriter Kris Buscombe, who recalls a young Chris Bailey circa the Saints’ masterpiece, Prehistoric Sounds.

It’s also tempting to read into these eight taut tracks some of the same sense of mortal dread that imbued Becker’s imagery. Like the Drones’ Feelin Kinda Free, Deliverance paints contemporary Australia as a dystopian nightmare, a paranoid surveillance state where incest occurs behind closed doors while peeping toms keep watch from the bushes outside. 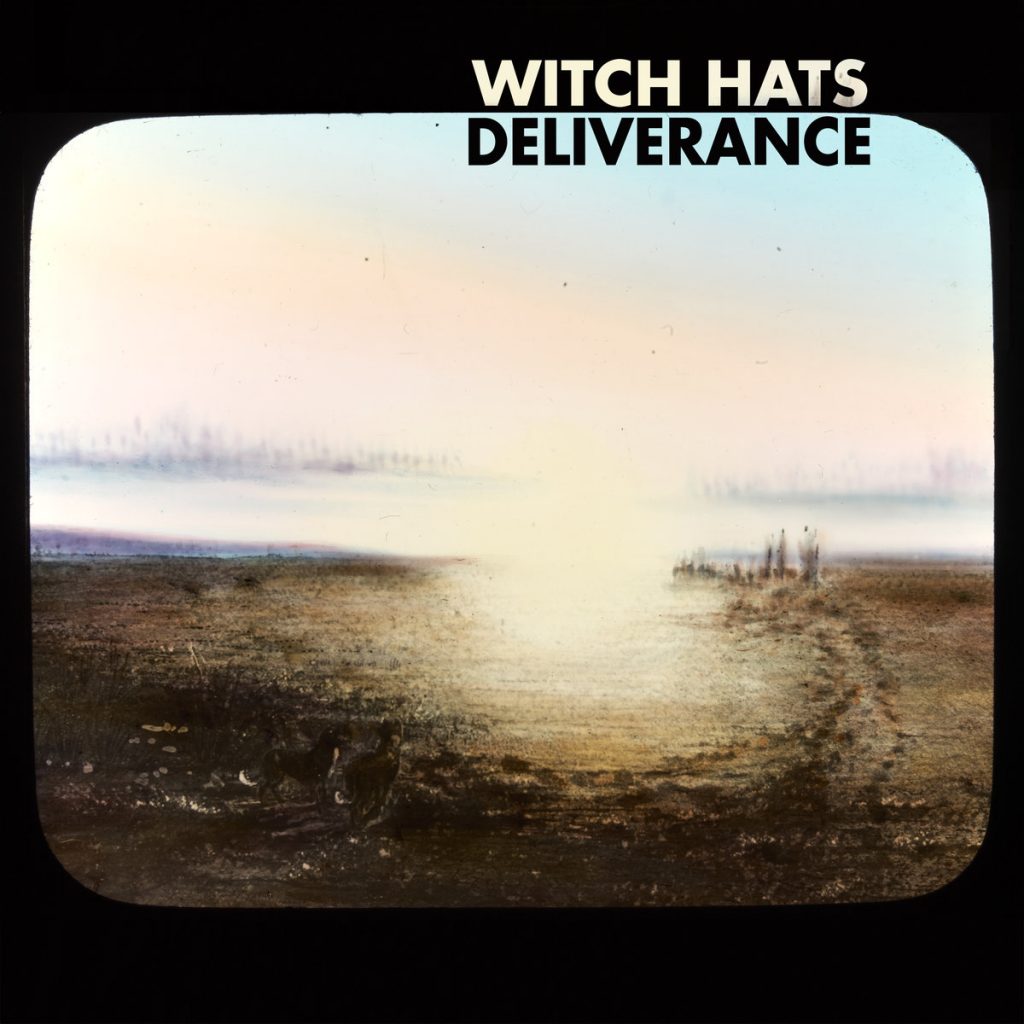 But whereas Feelin Kinda Free distorted the Drones’ sound into something barely recognisable from their past, Witch Hats have perfected theirs: rough-hewn but intelligent, intense blasts of mid-paced post-punk and pop. It’s not new, but they don’t sound much like anyone else, either, and the songs – most of them a classic three and a half minutes – stick like glue.

Weekend Holocauster opens the album with a sledgehammer beat and a lyric to match: “If you’ve got something to say, you’d better mean it,” Buscombe hollers over an ascending bass line. He means it, alright. These are outsider songs: “Collecting coins from the drain that missed the meter … We spit and wipe the floor with you, in a conventional world.”

Trying To Forget tells of how the frailties of human psychology compel us to inevitably repeat our own mistakes. “Bloodied is our mind / Distorted our vision / We’re going to war now / In an endless revision.” The song’s coda drifts ironically into what sounds like the distant, nostalgic sound of AM radio, the band briefly playing their own warped take on ’60s pop.

It betrays a melodic sense that lifts this Melbourne band above the pack. The hooks of Peeperman and Religious Sickness are subtle but insistent, even when they’re buried under clouds of guitar squall. Recorded almost live in the studio, Deliverance is beautifully mixed: the guitars of Buscombe and Rob Wrigley alternately pan and dovetail across the spectrum without ever losing clarity or punch.

Buscombe continues to exhibit a fascination with disturbed characters. On the band’s previous album, The Pleasure Syndrome, the subject of the single Hear Martin was Port Arthur killer Martin Bryant. Here, on Insecure Fear, it’s Jihadi John, the British Arabic man who gained notoriety as a puppet for the so-called Islamic State. If Buscombe finds empathy for them, it’s only as marginalised figures desperate to make a statement.

The highlight, though, is the transcendent finale, Strange Life. Here, Witch Hats reveal one clear debt: to Neil Young and Crazy Horse, particularly in the long, ecstatic solos that dominate Everybody Knows This Is Nowhere. Locking into a mesmerising groove, the song ends in a splatter of guitar that’s more Jackson Pollock than Becker. It could theoretically go on forever, and it’s so damn good I half wish it did.

First published in The Guardian, 1 July 2016